Rotogravure printing form is a steel cylinder with shafts of 1,380 mm width. Cylinder parts get copper-plated on a galvanic line. On copper surface, there are engraved holes transferring printing ink onto a printed material. Holes are engraved using a diamond stylus. The engraved cylinder is chromium-plated to resist mechanical stress during printing.

Proof print is subject to output control. It includes the imprint of an engraved picture using specified printing inks on the prescribed film grade. 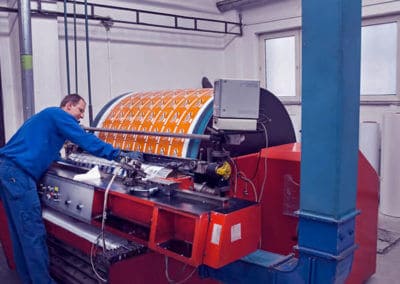 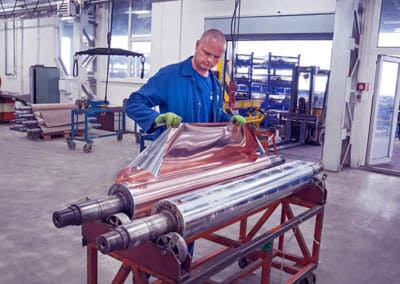 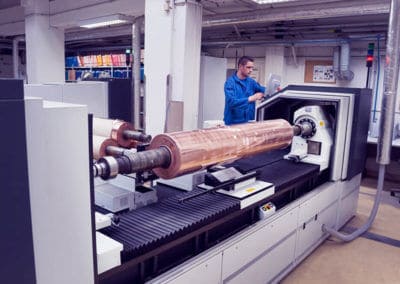 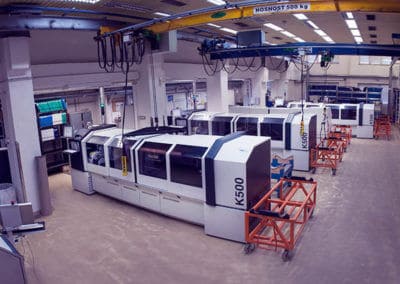 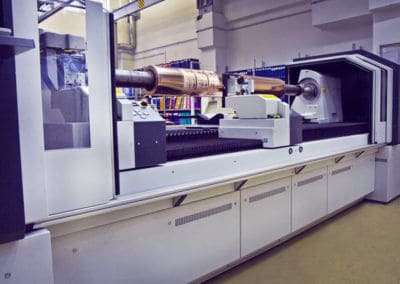 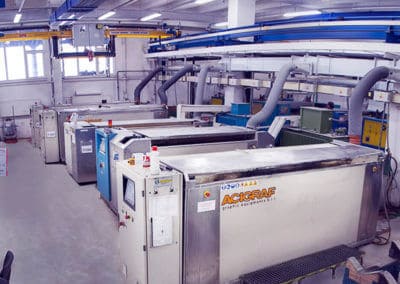 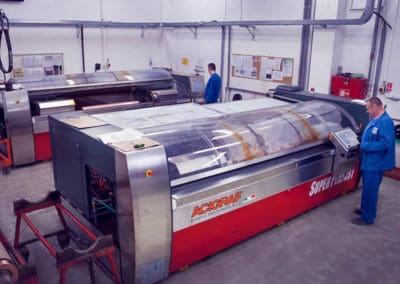 Department specializing in flexoprinting forms production manufactures forms, so called cliché, in form of a flat plate or a round sleeve. Technologies include analogue, digital and Full HD options.

The basic raw material for the production of flexoprinting forms is a raw flexoprinting plate made of a protective film, lams layer, relief layer (monomer) and a polyester plate. The production steps involve pre-exposition, burning / exposing the picture, after which a so-called printing surface of a form is produced with the required embossed relief. Relief is defined as the difference between the form plate and its printing surface. Flexoprinting forms are used to transfer picture onto a printed material – plastic film – using flexoprinting method (relief printing).

Flexoprinting forms are pasted using both-side adhesive tape onto a printing cylinder of a required circumference range (not applicable for sleeves, which get slipped on). Output control is being performed after the flexoprinting form was imprinted onto a prescribed film grade using specified printing inks – after the proof has passed in-process control. 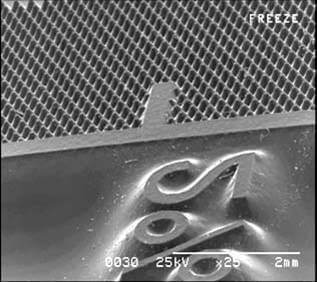 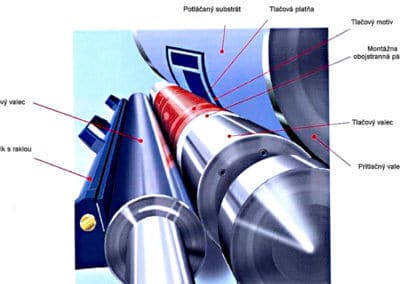 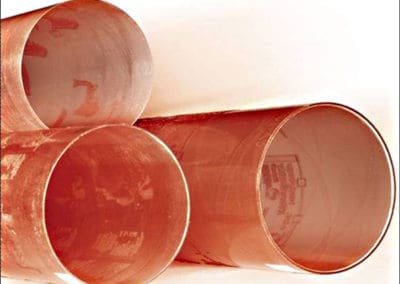